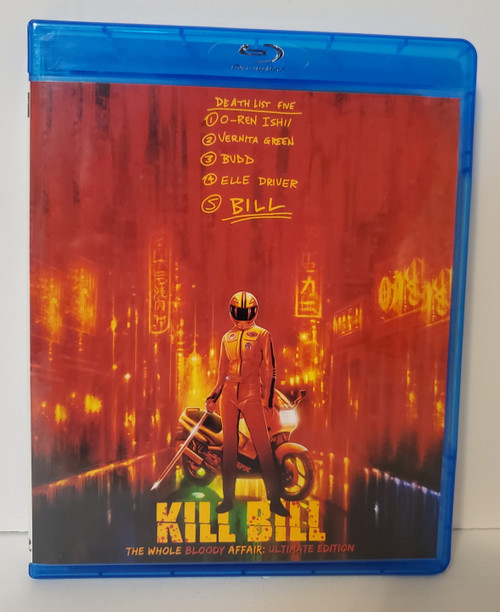 Tarantino's saga recreated in its original 4 hour, uncut single movie format including alternate and deleted footage!
ALTERATIONS
* The dedication to K. Fukasaku and the Klingon proverb are both included
* New title & credits have been created.
* Alternate shots during the scene in Vernita's kitchen are used.
* Extended animation scene with extra gore.
* Longer gore take of Gogo gutting a man.
* Ext. fight with the Crazy 88, fully uncut and in color.
* Ext. scene of Sophie Fatale getting her other arm chopped off, and extra dialogue.
* No interruption between volume 1 and 2.
* Credits have been deleted and the transition has been completely re-edited.
* Extended firecamp sequences with Pai-Mei flashbacks
* Re-inserted deleted scene of Bill fighting Michael Jai White and his goons.
* Corrected and resynchronized subtitles.
* New audio in smashing lossless DTS 5.1

Over 3.5 hours of bonus material including...

George A. Romero's Dawn of the Dead - Collector's Edition (1978) Blu-ray Featuring ALL 3 Versions of the Film!